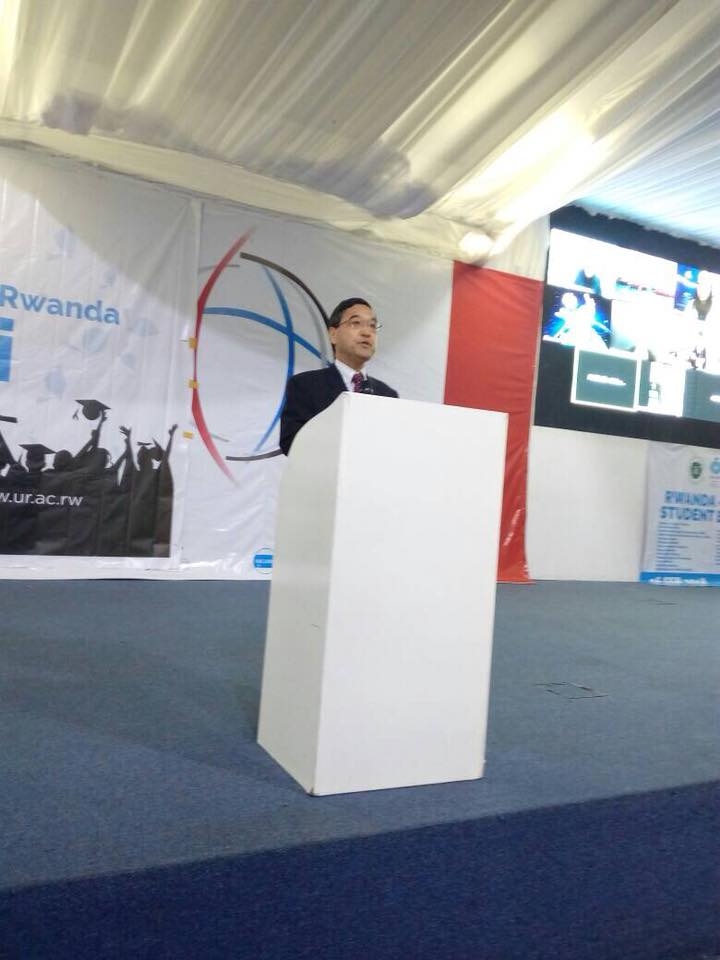 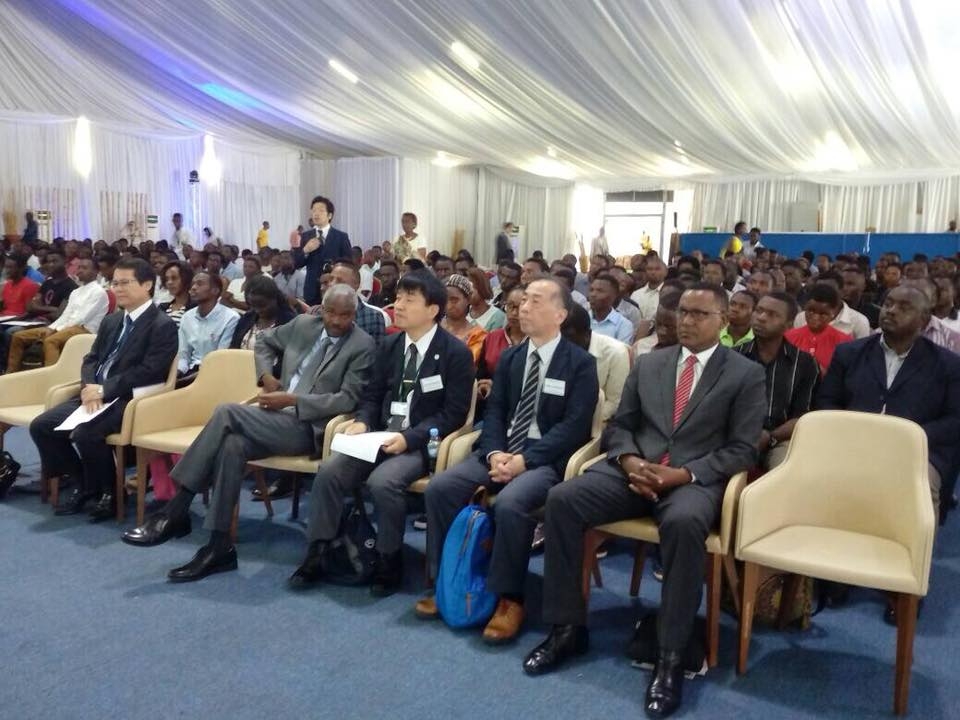 On February 16, “Rwanda-Japan Academic & Student Exchange Fair 2018” was held at University of Rwanda (UR) in Kigali to promote studying abroad in Japan. The Fair, which was co-organized by Hokkaido University and UR, attracted more than 500 Rwandan students.
The representative of Hokkaido University and Kobe Institute of Technology (KIC) gave presentations on their universities. Meanwhile, five other Japanese universities joined the fair though online video tool and introduced their universities, respectively. The Embassy of Japan explained the Japanese Government Scholarship Program to the students. In addition, other information of various scholarship programs were provided and pamphlets of other universities were made available to the participants.

Ambassador Miyashita attended the fair as a guest of honor and said “Japan has two attractions to boast of: great environment for research which has produced 26 novel prize winners since 1949, and the best hospitality in the world which welcomes you all. Please do not hesitate to take the opportunity”.