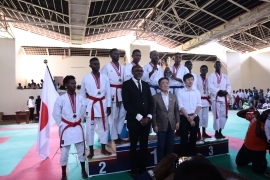 On Sunday, February 9, the fifth annual Karate Ambassador’s Cup was held at Lycee de Kigali’s Gymnasium, organized by the Embassy of Japan in Rwanda and the Rwanda Karate Federation (FERWAKA). The players performed “kata,” in which players demonstrate combination of various motions, and “kumite,” in which players fight against each other. The Karateka were eager to showcase their sophisticated performance and exciting matches to the audience. 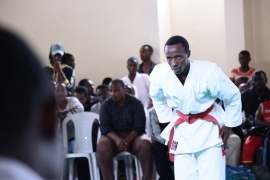 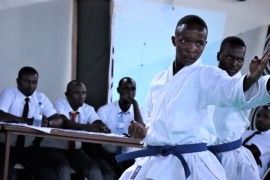 Ambassador IMAI said in his speech that he appreciated the preparations of FERWAKA for this tournament and its efforts over the last 20 years to promote Karate in Rwanda. He also said that this year, the Embassy of Japan celebrates the 10th anniversary and Japan hosts the Olympic and Paralympic Games in Tokyo, so this year is a special year for Japan. He hopes that the tournament will produce good Karatekas in future and Rwandan people learn Japanese mentality such as patience, respect and fighting spirit as well as culture through Karate. 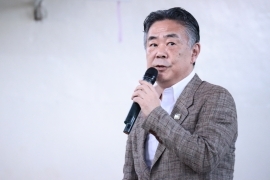 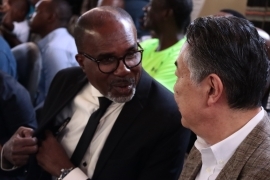 Amb. MUNYABAGISHA, President of Rwanda National Olympic and Sports Committee, thanked Hachimantai-City’s invitation to Japan for Rwandan athletes one month before Tokyo 2020. And Mr. Theogene UWAYO, President of FERWAKA, said that the competition helps to identify good players, that can represent Rwanda in forthcoming international tournaments.

In 2018, the Foreign Minister’s Commendation was awarded to FERWAKA and Karate equipment such as 400 tatami mats, 30 referee flags and 3 scoreboards were handed over to FERWAKA. The Embassy has been supporting the promotion of Karate in Rwanda.