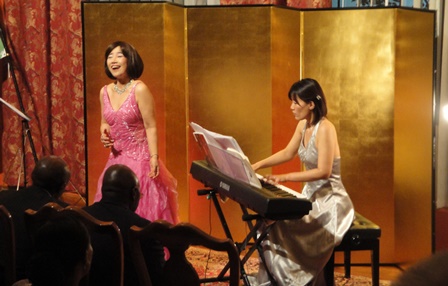 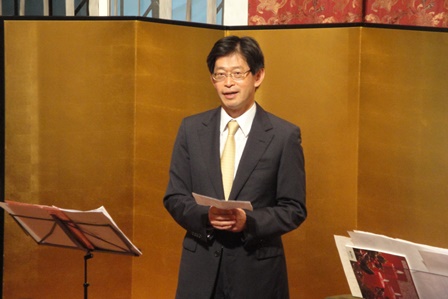 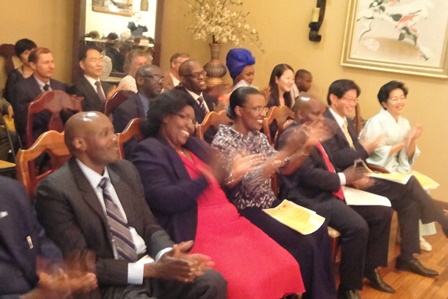 (Left: Ambassador Ogawa, Right: Applause by the audience (Hon. Minister of Disaster Management and Refugee Affairs, Hon. Minister of Youth, Information Communication and Technology, and CEO of Rwanda Development Board were in the front row))

On 5th June 2014, the Embassy of Japan organized a cultural event “JAPANESE EVENING” at the Ambassador’s residence in Kigali City. The event consisted of a concert of classical and modern songs including Japanese performed by a Japanese soprano singer Ms. Mayumi Sakamoto, and a pianist, Ms. Eiko Okuno. After the concert, a reception was held where Japanese cuisine “WASHOKU” and Japanese rice wine “SAKE” were introduced and explained by the Embassy staff. The objective of this event was to increase the number of people who feel an affinity toward Japan and to show the Japanese culture.

Government Officials including Hon. Séraphine Mukantabana, Minister of Disaster Management and Refugee Affairs, Hon. Jean Philbert Nsengimana, Minister of Youth, Information Communication and Technology, Ambassador Valentine S. Rugwabiza, Chief Executive Officer (CEO) of Rwanda Development Board and Ms. Ines Mpambara, Director of Cabinet, Office of the President, diplomats, intellectuals and people of culture attended the event, and both the concert and the reception were held in friendly atmosphere. There were several comments from participants such as “the music was more than excellent”, “it was a first time to try Japanese cuisine and Japanese Sake, and they were very tasty”, “I want to study more about Sake” etc… 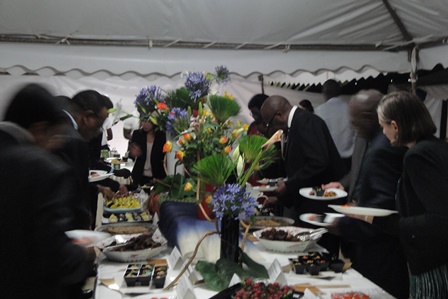 (Participants stand in a buffet line of Japanese cuisine) 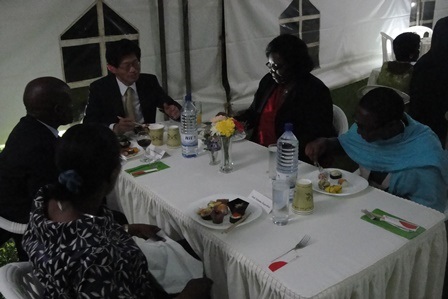 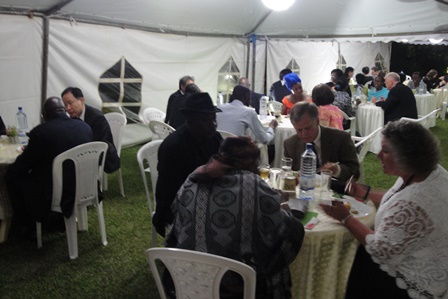 (Left： Ambassador Ogawa with ministers， Right： Reception after the concert) 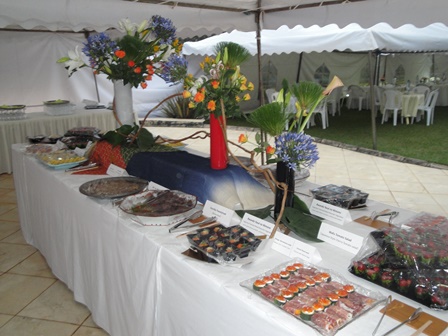 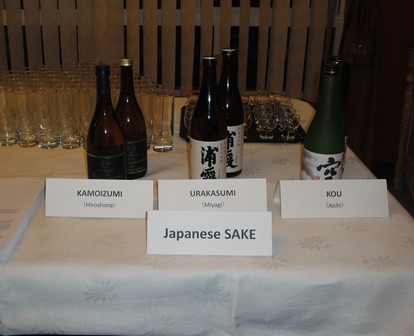